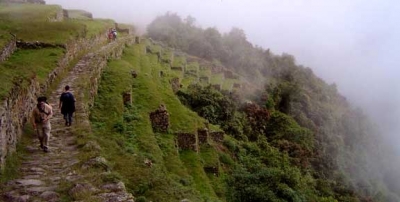 Inca trail to Machu Picchu a great route to make

Perú have a great places around the city as Sacsayhuaman, Qenqo, Tambomachay, Puka Pukara, 4 inca places to enjoy much better Cusco, but The main city of Incas just don't have that places. It have a lot of places to see and walk, in matter is fact The Inca Trail to Machu Picchu is one of the most passed tour in the world for the experiene that you make inside.

The Lost city of the Incas, Machu Picchu, with no doubt the symbol of the Inca civilization. The royal path that carried pilgrims and authorized officers of the empire to the sacred city was "The Inca Trail" as we know it now.

The way along this Andean path is a fascinating and unforgettable experience. The Inca Trail is paved with blocks of stone and has stone stairways, tunnels and wooden bridges and paths across rivers, streams, beautiful valleys, warm cloud forests and cold highlands. All this vision makes the visitor meditate about the intellectual and grandeur of the Andean man whose highest achievement was the Inca civilization.

The Inca Trail to Machu Picchu is part of an Inca roads system of more than 30,000 kilometers that integrated the vast empire of Tahuantinsuyo from southern Colombia to central Chile passing through the cities of Quito, Ecuador; Cajamarca, Huanuco, Jauja, Huamanga, and Cusco in Peru; La Paz and Cochabamba in Bolivia; Salta and Tucuman in Argentina. There roads ran mainly along the coast and mountain regions and in some cases they also reached the tropical mountains in the Amazon forest as is he case with the Inca Trail to Machu Picchu. 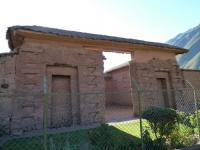 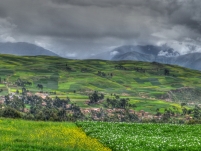 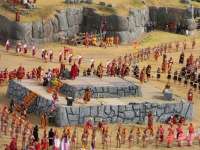 
Inti Raymi: Festival Of The Sun